The Day a Demon Awakens

One year after the Black Rebellion, Lelouch Lamperouge has resumed his normal school life with no apparent memories of the year before. After skipping remedial gym class, he sets off with younger brother Rolo to gamble at Babel Tower. Led by C.C., the Order of the Black Knights launches an attack on the complex to retrieve Lelouch. C.C. reawakens Lelouch’s memories, and he resumes his identity as Zero. Suzaku Kururugi declares to the Emperor that he will personally kill Zero. 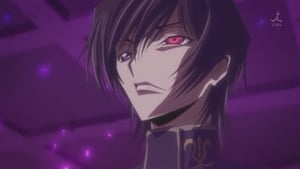