As the discussion starts between the two groups (science and religion), they soon dicover that the scientfic theories are the same as the religious beliefs. Also to be discovered is the Life Limit has been passed, but the planet is just sleeping. They also discover that Dewey is trying to awaken the planet by killing the Corallians and Scub Coral, this would end everything. In the meantime, Dewey improves his support by introducing the new Coralian attack force, Ageha Squad, supposdely created by Adrock Thurston, which is a lie. This gains him much support, though. 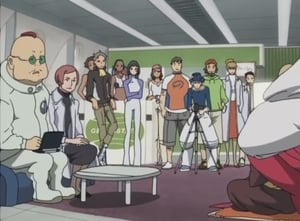