Rory’s attempts to seduce Itami is interrupted by a phone call by Tarou. The US Black Ops team arrives at the Inn, only to encounter the Chinese and Russia Black Ops team, leading to a fight between the three sides which Rory later joins which ends with everyone killed except Rory. After packing their things and taking a van from the Russians, Itami’s group heads back to Ginza but worried that the foreign agents will attack again, Risa posts a message on the internet that the Special Region girls will be attending the Ginza memorial. As a result, a large crowd gathers at Ginza to meet the girls, foiling the foreign agents kidnapping plans. Due to the large crowd, Public Security arresting several foreign agents and Shino revealing to her news reporter sister Nanami about the attempts on them, the US, Chinese and Russian leaders call it quits and orders their men to stand down. After saying goodbye to Risa and paying their respects at the Ginza memorial, the Special Regions girls returns to the Gate with the gifts they bought. Realizing the Empire’s war with Japan will lead to its destruction, Piña plans to head back to the capital to arrange peace talks between both sides. 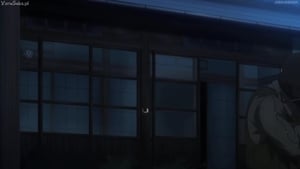