Only the Best Will Do

Mrs. Ota boarded the school to inspect the Onizuka class. However, Onizuka appears in the crotch as an elephant cosplay, and perhaps the water from the water gun that comes out of his nose is poured on Mrs. Ota. Onizuka is in danger of unemployment again due to a scandal, but the disposition is put on hold for the time being, and as a condition for remaining, he will have to take the first place in the nation in the common academic ability test of junior high school, which is scheduled for a week later. 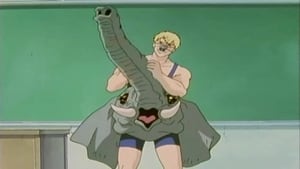