The time has come for the school’s physical examinations, so the club must find a way to protect Haruhi’s Big Secret. Their attempts fail miserably until Kyoya steps in, with a doctor who promises not to reveal her secret. Meanwhile, someone accused of attempting to “make a pass” on one of the female students, Dr Yabu (literally, Quack Doctor) is actually searching for his daughter after she and her mother left him due to financial problems. Kyoya points out that, if the man’s family is really that poor, the girl would be attending Ouran Public High, rather than the prestigious and very expensive Ouran Academy. Tamaki gives him directions, explaining that, even though he might get hurt later, it’s up to him to find the truth. 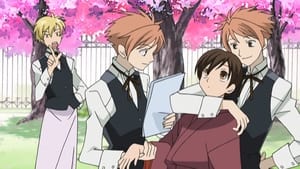 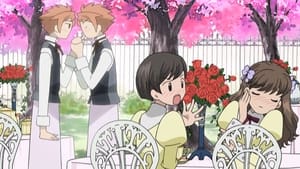