The twins beg to be allowed to visit Haruhi’s home, but she refuses. Haruhi comments about the differences between Hikaru and Kaoru, which triggers a fight between the inseparable siblings, even making them dye their hair different colors, blue and pink, in order to be told apart. When Haruhi finally stands up to their fighting, saying “if they’ve never fought before, they might need help stopping,” Kaoru is about to give Hikaru a cursed doll with his name written on the back – but when Haruhi steps in, he gives it to her instead. However, when she turns it over, the back says “Fail,” – alerting the host club it was all a trick to be allowed to visit Haruhi’s house. 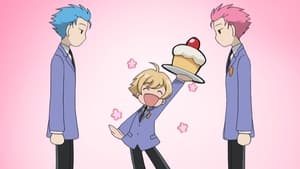 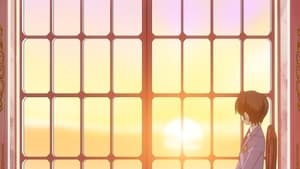