The Gates of Judgment

As Akane, Kogami, and Shuusei enter the Nona Tower, Makishima intends to act as a diversion at the top of the tower while Guseong reaches the core of the Sibyl System in the hidden basement. Kogami and Akane decide to chase after Makishima to the top of the tower as Shuusei descends to the basement. After descending to the hidden basement, Shuusei has lost connection with the network and discovers the truth behind the Sibyl System. Meanwhile, Kogami engages in a battle with Makishima. Makishima beats Kogami but is knocked out by Akane. Kogami instructs Akane to kill Makishima but Akane was able to control her emotions. Meanwhile, Shuusei defeats the guards and confronts Guseong at the heart of the Sibyl System, who is suddenly killed by Kasei, who is revealed to be a cyborg and proceeds to override her Dominator to fire at Shuusei. 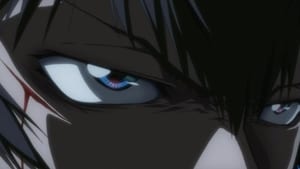