Lawrence and Holo go see Ligro and are at first awed by the magnificent garden behind his house encased in large glass windows. Ligro brings them downstairs where Holo picks out a few books containing old legends from the north for Lawrence to carry back. Lawrence and Holo spend an enjoyable night together, though Holo later confesses that she is afraid of being separated from Lawrence at the journey’s end. After Holo goes to sleep, Lawrence chats with Eve about her business ventures, but she surprises him by asking whether he would like to sell Holo. 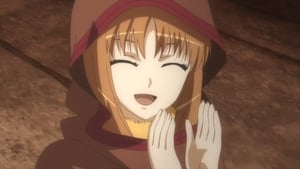